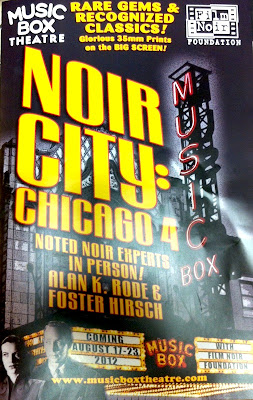 The Noir City Film Festival has ended and I'm glad that I was able to view as many titles as I did. Total of 8 films out of the 15 presented. Some true gems too including a few not available on home video.