Because it was such a good year for film I struggled narrowing down my list to only ten films. The pool I chose from is pictured here but ultimately I decided to go with the films that gave me the most enjoyment. 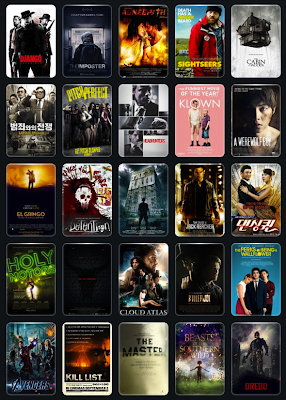 Three of my Top Ten I saw more than once. The others I will gladly watch again and again. But I could say that for any of those 25 pictured above. Clearly my list isn't what critics would consider the "best" of the 2012 but I'm no critic nor does "best" mean much to me. Check out the entire 25 films I considered at Letterboxd.