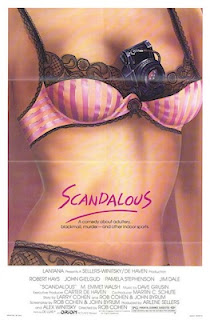 Maybe Shadow (2009) was expiring on NWI that motivated me to view it or I was just curious. Either way Federico Zampaglione has directed a not-so-unique mountain-hostage thriller with a few genuine scares. It mostly works altho the final sequence isn't entirely clear. 6.5 / 10

Scandalous (1984), another NWI viewing, is a Rob Cohen directed, Larry Cohen written comedy that follows Robert Hays as an investigative reporter that gets the table turned on him as he's now the subject. It's a silly farce but enjoyable for what it is. Plus a punk rock concert! 6 / 10 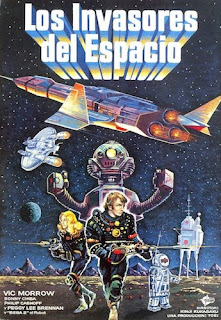 Kinji Fukasaku's Message from Space (1978) is something to behold. This is not a good film but one I adore. And the costuming is incredible. I knew of Vic Morrow and Sonny Chiba's involvement here but didn't realize this also features Hiroyuki Sanada (Twilight Samurai!). I so want 1/6 scale figures of the Gavanas soldiers and emperor. I later learned that my friend pAT actually viewed this in the cinema when it was released. Man, how cool would that be?! 6.6 / 10

Email ThisBlogThis!Share to TwitterShare to FacebookShare to Pinterest
Labels: 1978, 1984, 2009