Time to fly back to Chicago. I'm ready to go home but hated the way I had to leave (6am this morning after my girlfriend didn't come home until 3am but that's another story). My in-flight film was a complete opposite of the crap they gave us on the way out (Ramona & Beezus). We were treated to Get Low (2010), which saw limited release earlier this year. It's a period piece features Bob Duvall as a man, Felix Bush, who wants to have his funeral before he dies. Bill Murray and Lucas Black are the funeral directors that assist him. Sissy Spacek is great as one of Felix Bush's old and only flames. Got a little sleepy towards the end due to my 3 hours sleep. Will need to revisit. 7/10

Home and chilling with some Instant Watch. Decided to finally watch the animated version of Superman: Doomsday (2007) storyline from the early 90s. Kinda okay and since I never bothered to read that storyline at least now I know what happened. Not bad. 6.6/10 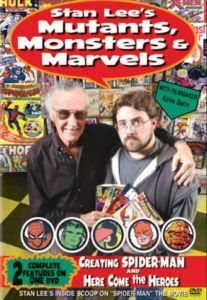 And because it was expiring too I finally spun Stan Lee's Mutants, Monsters & Marvels (2002) which is a video interview with Stan Lee by Kevin Smith. It's broken into two segments; the first deals with Stan's career overall and the second just focuses on Spider-man. Interesting to hear a lot of what I already knew in Stan's words with his take on the events. Wish this Kevin Smith was still around. 7/10

Finally watched Dragonslayer (1981), which I guess I've never seen in its entirety, only bits and segments. It was expiring so what the hell. It's actually pretty good and darker than I expected for a Disney property. I could see them doing a remake of this in all CG. It's the practical effects that make this charming. Good late night watch. 6.8/10