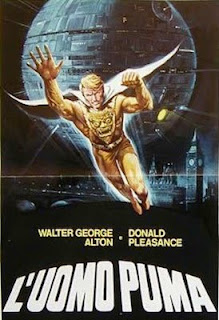 The 31st B-Fest kicked off at Norris University Center on the campus of Northwestern University and I was there for my first time. I've been tempted in the past but could never pull the trigger fearful of what I might encounter based on the stories I've heard. But this year, with some coaxing, I finally gave in and I'm glad I could share in the communal experience of watching and berating some truly awful films in an auditorium full of like-minded cinema masochists.

Arrived with all my provisions (snacks, drinks, pillow, flashlight, etc.) approximately 30 minutes before start time. However, the long line waiting for their "official" ticket proved this B-Fest would hold true to tradition and not start on time. No great shakes as I was able to secure a good spot for my things before jumping in line and waiting with the rest of the eager throng, some of whom flew in for this annual event. 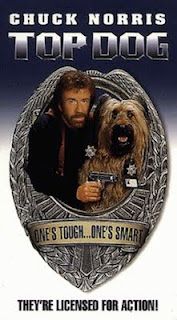 With nearly everyone now inside and seated and rowdy as all hell, the A&O staff came on to set the proceedings in motion with the first flick The Pumaman (1980) featuring Walter George Alton as Pumaman with Donald Pleasence as his nemesis. This film is currently rated #47 in the bottom 100 at imdb to give you an idea of the quality of the B-Fest kick-off film. The crowd was so enthusiastic the film audio was completely inaudible. It mattered not for this film as it was clear what was happening and loud audience commentary was a helluva lot funnier anyways. 5.5/10

Due to the late start the next film immediately commenced with break. It was the infamous Chuck Norris & dog cop flick Top Dog (1995). I believe Chuck Norris has been an annual staple of B-Fest for a few years now and here he did not disappoint with this corny film where this dog & cop duo thwart a terrorist plot to kill the pope or bishop or someone dressed as a pope. Or bishop. Top Dog would become a running joke throughout the duration of B-Fest. 5/10 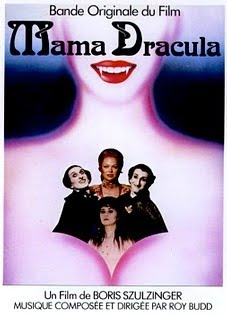 Next up was a real dreck of film called Mama Dracula (1980) that had viewers screaming for it to end. The plot involves a lady vamp who needs to bath in the blood of virgins to remain vital but has a problem with virgin collection. Her dorky twin vampire sons, if you will, kidnap young women while another woman infiltrates their ruse to become the heir apparent. This is a terrible film in that it's so dumb and tedious but I could see watching this on my own had I not seen it here. 4/10

As B-Fest tradition goes it was now 11:45pm and time for the annual 16mm screening of The Wizard of Speed and Time (1979) short film with chunk of attendees on stage providing additional sound effects. Then it was shown upside down in reverse! Only at B-Fest, folks! Would love to see to the long form film of this someday. 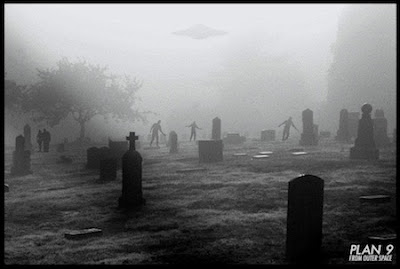 The second part of that tradition is the midnight screening of Ed Wood's Plan 9 from Outer Space (1958), which has reached a near Rocky Horror-like magnitude with the customary callouts and props. Viewing this legendary bad film in this environment might be the only way to endure repeat viewings. Participation includes such things like shouting "Bela!" when the real Bela Lugosi appears and "Not Bela!" when his stand-in is onscreen; shouting "Tor!" whenever Tor Johnson is onscreen; shouting "Hot!" when Vampira appears. Of course, the big thing when there's a flying saucer, everyone throws decorated paper plates into the air. Hundreds of plates, many with some very creative images and words, are tossed making for a very entertaining experience during a dreadful film. Give this a 5/10 for that alone.

Now I'm dying to know what the scary stories were that kept you away before.