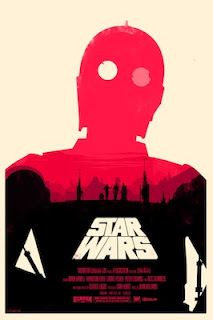 Our first official company Movie Club movie kicked off tonight with Star Wars (1977), the original untainted version. The idea for the Movie Club was born from @Leapmonkey having not seen the any of the Star Wars films (he also hasn't seen the Lord of the Rings trilogy). I decided we ought to have a regular screening for movies and invite the whole company to join in the fun. I had to bring in a couple my extra DVD players to make it work but fortunately we have a large HDTV in our lounge perfect for viewing. In total we had 7 people participate tonight. A couple hadn't seen Star Wars and everyone enjoyed the screening. Already looking forward to the next Movie Club. 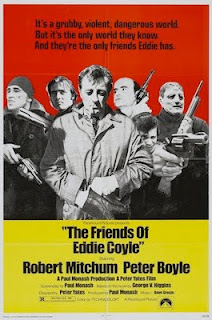 Since Horror Movie Night was TBD tonight (BK ended at at the Santa Sangre screening at the Drafthouse) I decided to watch The Friends of Eddie Coyle (1973) to continue my Peter Yates tribute for the week (and unintentional Robert Mitchum tribute). This is a solid crime flick featuring Mitchum and a group of bank robbers who get double-crossed. The tension is palpable. Very good film. 7.6/10

Email ThisBlogThis!Share to TwitterShare to FacebookShare to Pinterest
Labels: 1973, 1977

I really like your idea of screening Star Wars. I really like the script and idea behind this movie. Although it lacks fine performances still I can watch it once. I want you to also upload trailers for the same movies so that we get an idea about the movie.