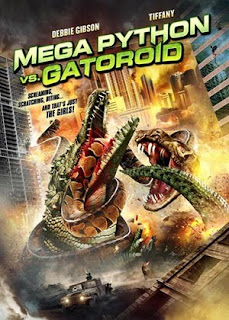 Nice rewatch of Mega Piranha (2010) thanks to SyFy. Nice cool down flick after B-fest. Want the blu-ray someday. Just ridiculous.

Now for the premiere of Mega Python vs. Gatoroid (2011) featuring Debbie Gibson and Tiffany. All kinds of stupid but fun to see these two go at it, which is more fun than the actual movie. Oh, and there's Cruz (A Martinez).

Email ThisBlogThis!Share to TwitterShare to FacebookShare to Pinterest
Labels: 2010, 2011