Michael Haneke's Caché (2005) falls into blindspot territory because it's so highly rated and regarded. Believe I've picked this up before intending to watch but never made the time for it. Finally sat down and gave the film its due. Definitely a well-crafted mystery but didn't wow me as I thought it might after the great build-up. I think that's because the final arc really falls flat with no clear resolution. Daniel Auteuil is very good carrying the film but I think I just wanted more. And I want his apartment in the flick. 6.7/10 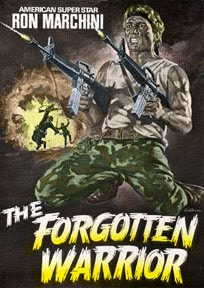 Forgotten Warrior (1986) was my VHS pick this week and it's basically a Rambo clone with a fraction of the production values. But a thoroughly enjoyable man on a mission flick as Ron Marchini, our protagonist seeks revenge on his friend who betrays him and karate chops his way through the jungle. Fun watch. 6/10

Concluded my Peter Yates tribute this week with Breaking Away (1979), a film I saw so long ago I had forgotten most of it (except for the bike race). All the drama with the Cutters leading up to that finish seemed all new to me and it's really solid material. Love seeing the young Quaid and Stern stirring shit up. Great, great film. Thank you and RIP, Mr. Yates. 8.2/10

Finished my evening with a mandatory blu-ray, The Transporter (2002), which I haven't seen in a few years. BD looks really good and still an entertaining flick. Shu Qi is really adorable. Wish she was able to crossover into western cinema. Some of the action sequences are pretty ridiculous but so much fun. Wish the sequels lived up this one. 7.6/10