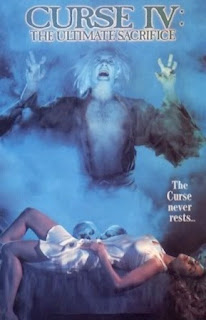 Catacombs (1988) a.k.a. Curse IV: The Ultimate Sacrifice plays more like a religious drama than a demon-possession horror flick. But when the horror happens, it's pretty good. Girl visits a monastery run by Ian Abercrombie (Justin Pitt!) and finds Tim Van Patten. Yeah, him again. Crucified Jesus and final possession are enough to make kids pee their pants. On NWI. 5.4/10

My Battle Royale (2000) blu-ray set, courtesy of Arrow Films, finally arrived a couple of days ago from Amazon UK. Cannot emphasize what an amazing Limited Edition set this is. Even more amazing was the minimal price to obtain. My edition is #73 of 10,000, the lowest number I've seen among my friends. Anyways, been looking for an excuse to watch one of my favorite films again. And, man, does it ever look great on blu-ray. No need to go into film details as I'm sure you've already seen it. Right?! 9.5/10 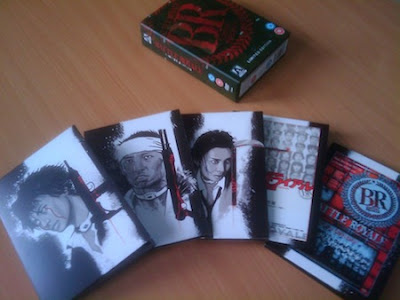 (thanks to blurayfreak.com for the image)
The 7 Adventures of Sinbad (2010), courtesy of The Asylum, is everything you'd expect and little more. Patrick Muldoon (you remember him, right?) is the modern day Sinbad (in name only) is sent out on the high seas to investigate a oil tanker leak only to end up on an island (or maybe it's a giant whale?) of magical creatures as he notes, "CRABS! CRABS!" He meets a beautiful islander with a french accent (attractive Sarah Desage) and the thrills begin. Oh, there's Bo Svenson! On Instant Watch and worth a look if you love The Asylum. I watched it twice (tallying once). 4.5/10

Charlie Chaplin's City Lights (1931) was a blindspot I sought to correct. And it's everything and then some. The tramp saves a rich drunkard from committing suicide and instantly becomes his drunk buddy. That's to say, the wealthy douchebag only remembers the tramp when he's drunk. During this friendship the tramp gets involved with a blind girl and attempts to earn money for her that includes a riotous amateur boxing match. Highly recommended for the obvious. 7.7/10

Posted by sleestakk at 9:53 PM