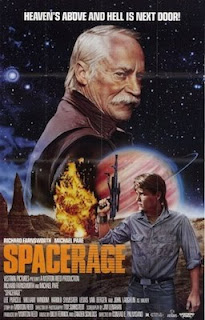 Space Rage (1985) is what happens when Michael Paré is made a criminal and is placed on prison planet. That is, until ex-cop Richard Farnsworth unretires to save the planet. Not all that good but serviceable. Watched on VHS covering my 1-VHS-per-week goal. 5.5/10

Elevator to the Gallows (1958) is a sublime crime thriller directed by Louis Malle that I hate myself for not seeing it sooner. If you thought that one man stuck in an elevator might lack some thrills, you'd be wrong. The subplot I found even more entertaining as two young people run off for a night of reckless abandon. The night shots of Jeanne Moreau walking the city in desperate search for her lover are exquisite. Highly recommended. On NWI. 8/10 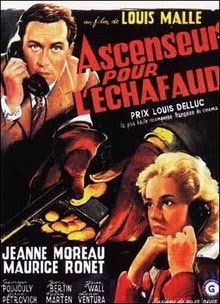 Jake West's Doghouse (2009) certainly has an interesting premise; a group of misogynistic men go on a vacation only to find themselves in a town overrun with cannibal women who, wait for it, hate men. Great production but truly despicable characters. Comedy fails because you really have no sympathy for these assholes. 6.4/10

Posted by sleestakk at 9:57 PM

Email ThisBlogThis!Share to TwitterShare to FacebookShare to Pinterest
Labels: 1958, 1986, 2009