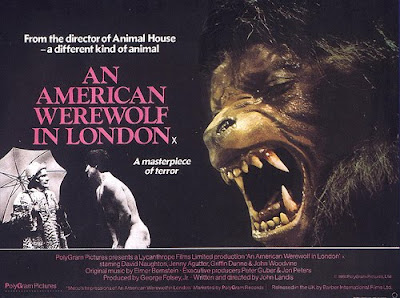 First movie watched of 2011: An American Werewolf in London (1981). Wanted it to be a revisit and on blu-ray. This was perfect. Love this movie and watching it now takes me back to those days seeing it during its first run on HBO. 8/10

Held-over from my library I also watched Jenny McCarthy in Santa Baby 2 (2009). Having not seen the original wasn't sure I could keep up with the complex mythology. But I managed. Kelly Stables is just cute as a button. Not terrible. 5.7/10

Email ThisBlogThis!Share to TwitterShare to FacebookShare to Pinterest
Labels: 1981, 2009